WHY TAKE A TESOL/TEFL COURSE IN ALGIERS

A beautiful white diva is welcoming you with wide opened arms and a charming smile of the glistening white of its buildings forming a beautiful contrast to the dancing waves of the Mediterranean. Welcome to “Algiers–the white”, welcome to the cradle of civilization. Algiers (the capital of Algeria) is located on the side of a bay of the Mediterranean. The modern part of the city is built by the seashore; the old part, the ancient town of the deys, climbs the steep hill behind the modern city and is topped by the Kasbah Fortress, 122 meters (400 ft) above the sea level. The Kasbah Fortress and the two quays form a triangle, a triangle that witnessed millions of patriotic souls fighting fierce battles in the past and great historical conquests took place.

Algiers was founded by the Phoenicians as one of their numerous North African colonies. It was known to the Carthaginians and the Romans as Icosium. The town was sacked by the Mauritanian chieftain Firmus in 373 CE and was further damaged by the Vandals in the 5th century CE. It was revived as a center of commerce in the Mediterranean under a series of Berber (Amazigh) dynasties beginning in the 10th century. In the early 16th century, many of the Muslims and Jews expelled from Spain sought asylum in Algiers. Some inhabitants of Algiers began making piratical attacks on Spanish seaborne commerce, and in response Spain in 1514 fortified the offshore island of Peñon in the Bay of Algiers. The emir of Algiers appealed to two Ottoman Turkish corsairs to expel the Spaniards from the Peñon, and one of the corsairs, Barbarossa (Khayr al-Dīn), seized Algiers and expelled the Spaniards in 1529. Algiers was placed under the authority of the Ottoman sultan, although in practice it remained largely autonomous. Barbarossa’s efforts turned Algiers into the major base of the Barbary pirates for the next 300 years.

The Algiers region has experienced numerous natural disasters throughout its history. Instances in the 21st century included a flood in November 2001 that killed more than 700 people (mainly in the city) and an earthquake centered in nearby Thenia in May 2003 that caused much destruction and took more than 2,200 lives.

Despite a turbulent history and repeated attacks by the elements, Algiers still remains among the most beautiful capitals in the world.
Previous
Next 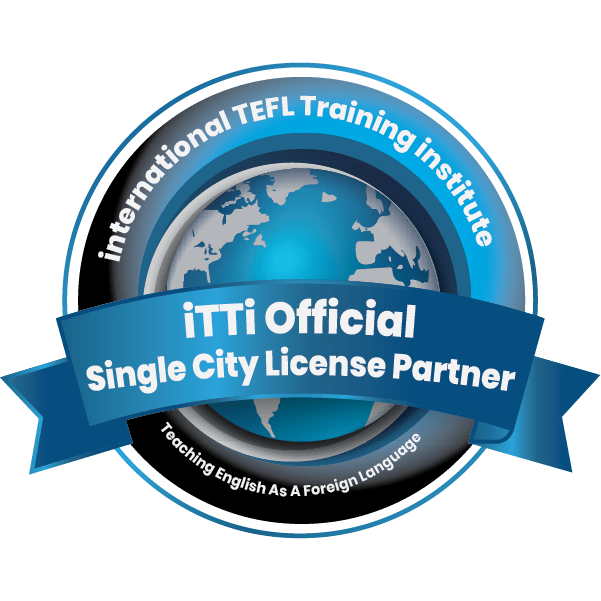 iTTi Algiers is located in a tree-lined street in Bouzaréah, a suburb of Algiers. It is part of those communities that house embassies, universities, and government buildings. The school specializes in teaching English.

The TEFL school is on the fourth floor of the building. There are several classrooms with whiteboards that can accommodate up to 20 students. During short breaks, students can go to the student lounge where tea, coffee, and water are available. They can spend their hour lunch break outside the building in one of the nearby coffee shops or eateries.

The students for the teaching practicum are locals—Algerians who study English at the school.

TEFL students come to the school and have theory classes in the morning. The teaching practice starts after lunch. It incorporates lesson planning, teacher observation, and practical teaching. The practical teaching is followed by feedback and further practice—whatever is necessary.

WORK IN ALGIERS AS A TEFL TEACHER

Algeria is the largest country in Africa and the richest in terms of natural resources such as oil and natural gas. The country is also an important spot for tourists and multinationals; therefore, the need for communication becomes necessary and the mastery of English mandatory for every possible job position.

The last decade noticed a growth in the demand of English learning opportunities. English has become a fundamental work tool, transcending its classic, communicative use. People nowadays tend to learn English for professional purposes rather than communication. This development requires the training and hiring of English language teachers, most importantly, certified ones. To satisfy this demand, a big number of international centers, organizations, and foreign languages schools came into existence, offering various types of training and certification programs, such as iTTi TEFL/TESOL certification. The latter trains and certifies people to teach English.

Teaching English remains a booming industry in Algeria considering its image and size. Large parts of the country need to be explored and developed, so they become suitable for living and offer an adequate quality of life. Speaking English in Algeria guarantees you a good career, given the abundance of opportunities throughout the country.

Algiers is one of Algeria’s major cities next to Oran. Several career prospects are available there due to the presence of many industries, as well as corporate offices. Hence, finding a job there should not be difficult provided you have the qualifications and skills which are not available locally.

Working as a TEFL teacher in Algiers means fostering one’s skills to cope with the world changes. Those who come to Algiers to take up their TEFL training at iTTi Algiers will also receive the career support in finding employment–either in Algiers or in other parts of Algeria.

Prerequisites for Teaching in Algeria
Foreign teachers need to have a work permit. To apply for that in your home country, you must have a BA/BS and an iTTi TEFL Certificate with Teaching Practicum. Your prospective school must support you with the visa application paperwork just like it is in other countries.
If you are a non-native speaker, your level of English must be perfect. What is perfect? Level C1 or C2—not only in speaking but also in writing. If you are unsure, take our free proficiency test and learn how you can improve your performance if required. (https://www.internationaltefltraininginstitute.com/proficiency-test-for-international-opportunities/).

Teaching Opportunities
There are positions in state schools, language centers, universities, and international schools. Public schools offer the lowest salaries, and teachers in international schools earn the most. Business English is on the rise due to the foreign companies that are attracted by Algeria’s economy. There is also a growing number of centers which offer in-company language training to the employees of various domestic and foreign companies. You need a degree for any paid positions, and the higher your level of education, the better the salary you can expect.

Contract Length
Contracts differ from one month to 24 months.

Salary & Benefits
There are teaching opportunities in Algeria, but salaries are quite low, and resources are minimal. To draw a comparison, one needs to look at the average monthly living expenses and compare them to the teaching salary. The average monthly cost of living is 40,000 to 50,000 DZD (US $296 – $370). The average monthly teaching income is 110,000 – 221,000 DZD (US $815 – $1,635). This income comes with free healthcare and vacation. As it is most everywhere, the higher your education, the more you will earn.

Healthcare System in Algeria
Public healthcare is provided free of charge to all Algerian citizens. While the facilities are better in major cities such as Algiers, Oran, etc., you may find poor conditions in remote areas of Algeria. Be prepared that the medical staff speaks Arabic or French. Your employer will register you for health insurance. Depending on your contract, they will pay for it entirely or make a deduction from your salary.

Pharmacies
There are plenty around, they open every day and have weekend service. Pharmacies are important places of where to get health information. Emergency Service. Dial 112 on your cell phone. The operator speaks French. Have your embassy contact information in reach.

Culture in Algeria
Algerian culture is a fascinating mix of African and Arab characteristics with a strong French influence. Islam is the dominating force in this conservative country. Foreigners who come from more liberal societies may have to adjust for some time.

Languages Spoken
The main languages are Arabic and Berber. Due to the French occupation, many people speak French. Until recently, English didn’t play an important role in society; however, if you are in certain jobs and due to the ever-increasing global trade, English is gaining more and more importance. To integrate, learn Arabic or at least French.

Religion
The main, dominating religion is Islam. As such, women are expected to cover their legs and shoulders in public. Public demonstration of affection is looked at as improper and so is cohabitation of an unmarried couple.

Food & Drinks
Algerian food is Arabic with African and French influences: rice, fresh fruit and vegetables, lamb, and fish as proteins. There are some international restaurants available in Algiers or Oran, major cities in Algeria. They are mostly Italian, French, and Indian.

Alcohol is not openly available. You won’t find it on the menu. Some upscale restaurants serve it, but it is not shown on the menu. A few stores across the country sell it discreetly.

As a TEFL center in Algeria, our role consists of satisfying the ever-increasing demand for English teacher certification of the broad public along with providing schools with certified EFL teachers to cover their increasing need for highly qualified English-teaching personnel.

Total tuition: US $1,650 Deposit: $500, due at registration. Balance payment: US $1,150 payable 30 days before the first course date.This course is eligible for two credits towards an MA Education.
Teaching Practicum Dates
Enroll me
ENROLL ME