“I dreamed of a world of sunshine in the brotherhood of my blue-eyed brothers.”

WHY TAKE A TEFL COURSE IN DAKAR, SENEGAL

Sénégal received its name after the Sénégal River that is an important waterway and supply to the region. In 15/1600, Senegal was a center of the European slave trade due to its convenient location at the tip of West Africa. The French abolished slave trade when Senegal was still a French colony. Today, the country is one of the most stable democracies in Africa and has a long history of participating in international peacekeeping and regional mediation efforts. Dakar, the capital of Sénégal, is the most populous city of the country. It is home to more than three million people and covers more than 550 km². The city is the administrative, political, economic, and socio-cultural metropolis of the country. Dakar will be your favorite destination for it is one of the most beautiful cities of West Africa. Due to its location, the city is blessed with stunning beaches and palm trees that give you shadow during the hot weather. It’s a paradise for beach lovers. Three hundred days of sunshine per year help you feel as if you are in an eternal vacation. If the beach isn’t really where you want to be, Dakar is also famous for its history and art. You may visit the remnants of its sad past when Dakar was a center of the slave trade. The “Slave House” is a museum today that lets us imagine the terrible time slaves must have had in the hands of their traders and masters. Besides the slave trade museum, another point of attraction is Lac Rose, the pink lake. It is amazing to see the pink water and learn why it is this way. Apart from that, Dakar features many museums and places of interest. The tallest statue of Africa is located in Dakar—the African Renaissance Monument, a 161-feet tall bronze statue overlooking the area. If you love food, Dakar is the place to be. Besides delicious, ethnic African restaurants, you’ll find Portuguese and French eateries here too. All those people who came here throughout history left their footprints in the city. The beauty and the uniqueness of Dakar are the reasons why tourism is one of the biggest business lines of the country. Modern airport and port infrastructures as well as competent service providers make it possible to offer quality logistical services. Sénégal is often designated as the country of Teranga (hospitality in the Wolof language) which is based on the great attention given to foreigners and the warm welcome that is reserved to them, so that their stay in the country is unforgettable. The population is very much attached to this value and pays particular attention to the well-being of its guests.
Previous
Next 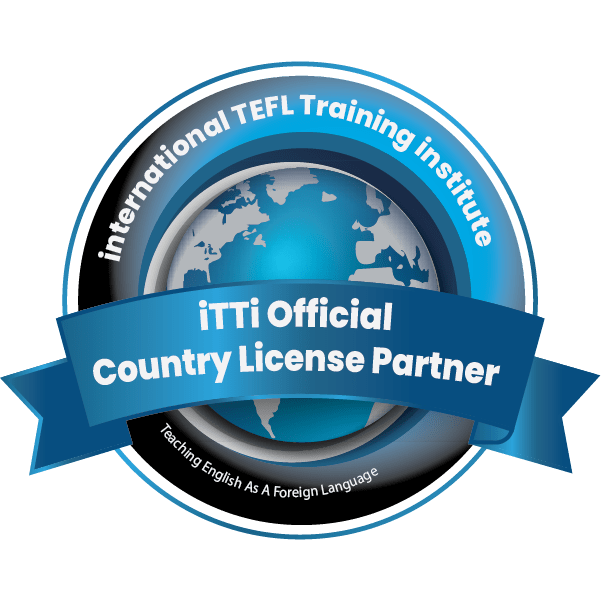 iTTi Sénégal TEFL Training Center is located downtown Dakar in an area where there are many schools. The most prominent of them is the University of Dakar. It is a safe place, partially due to Sénégal being an Islamic country. The school occupies the first floor of modern building. It features an office space and three classrooms that accommodate approximately 20 students/each. Besides the TEFL training, the school also conducts English classes for every proficiency level for the public. As Sénégal has recently made English compulsory throughout middle and high school, there is a high demand for trained, certified English teachers there. Our Dakar training center will conduct English classes and TEFL training in other areas of the country too. In that way, TEFL trainees who wish to teach English in Sénégal for some time will have job opportunities right at their fingertips.

WORK IN DAKAR OR IN SÉNÉGAL AS A TEFL

It is a great opportunity to work as an iTTi TEFL-certified teacher in Dakar or in other places of Sénégal. There are plenty of teaching jobs available in Dakar because it is a growing city where the biggest Senegalese infrastructures are in. Education is highly valued in Sénégal; hence the many universities, private schools, language centers, and international schools. The national government recently initiated a plan to make English part of compulsory education, starting at the age of 11 up until the end of secondary school. As a result, English teachers are in high demand. Prerequisites for Teaching in Sénégal
Foreign teachers need to have a work permit if they stay longer than 90 days in the country. To apply for that in your home country, you must have a BA/BS and an iTTi 120-Hour TEFL Certificate with Teaching Practicum. Your prospective school must support you with the visa application paperwork just like it is in other countries. Work Visa Application
The following original documents must be provided to the Ministry of Interior together with a French translation when you apply for your work visa:

An educated, certified teacher makes upwards of $26,000 per year. Benefits include healthcare, vacation, paid holidays, moving support and completion bonus. Healthcare System in Sénégal
If you are a foreign resident in Sénégal and work for a Sénégal-based school, you will benefit from the school’s medical insurance. However, you must be working for the school for at least two months to become eligible. So, it is advisable to have private health insurance for the first two months. In case you, or a family member, are hospitalized during the first two months, the school will bear the costs against subsequent repayment. The financial compensation will be calculated per patient per day, and your employer will take care of administrative procedures in this regard. Private Health Insurance
Most foreigners choose to get international health insurance before travelling to Sénégal. There are many insurance companies to choose from, according to your needs and budget. Some of the leading health insurance providers are Cigna and Alliance. Healthcare for Entrepreneurs in Sénégal
If you have set up your own business in Sénégal, you may either sign up for private health insurance or enroll with the accident risks scheme provided by Senegalese Social Security. Rates range from 1% – 5% depending on the nature of risk. Your contribution will be calculated according to your annual income. Registration procedures must be undertaken at the Social Security Fund. Pharmacies
There are plenty around, they open every day. Some of them are open 24 hours and have weekend service. Pharmacies are an important place of where to get health information. Dial +221 774 76 76 57 on your cell phone. The operator speaks French. Have your embassy contact information in reach. Important Emergency Numbers
Ambulance: 1515
Fire Department: 18
Police: 17 Culture in Sénégal
Senegalese culture is a fascinating mix of African and Arab characteristics with a strong French influence. Islam is the dominating force in this conservative country. Foreigners who come from more liberal societies may have to adjust for some time. < Languages Spoken
Some 39 languages are spoken in Sénégal, including French (the official language) and Arabic. Religion
The main, dominating religion is Islam. As such, women are expected to cover their legs and shoulders in public. Public demonstration of affection is looked at as improper and so is cohabitation of an unmarried couple. Food & Drinks
As Sénégal borders the Atlantic Ocean, fish is very important. Chicken, lamb, peas, eggs, and beef are also used in Senegalese cooking, but not pork, due to the nation’s largely Muslim population. In the semi-arid interior, peanuts and millet are the primary crop, as well as couscous, white rice, sweet potatoes, lentils, black-eyed peas, and various vegetables.
Sénégal doesn’t have a legal drinking/purchasing age of alcoholic beverages. As it is a predominantly Muslim nation that respects Islamic law, people in general are expected not to drink. Alcohol is, however, widely available in the capital Dakar. There are breweries producing beer for public consumption. 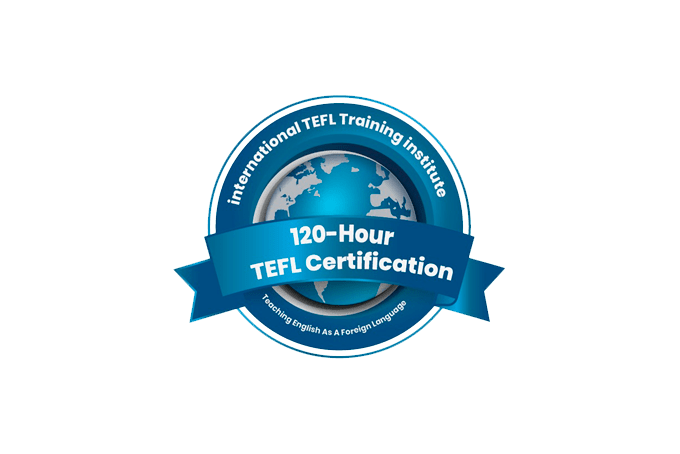 Enroll me
ENROLL ME


75% on-line/25% on-site training Total tuition: US $1,000 Deposit: $500, due at registration. Balance payment: $500 due five business days before start of the Teaching Practicum. Tuition includes moderation, certificate, and full career-support services (CV/resume setup, school information, interview guidance and departure support). You may start the online theory at any time and work at your own pace. Before you come for your Teaching Practicum to Dakar, please finish the online part. You will need the knowledge to teach proper English classes.
Teaching Practicum Dates in 2022 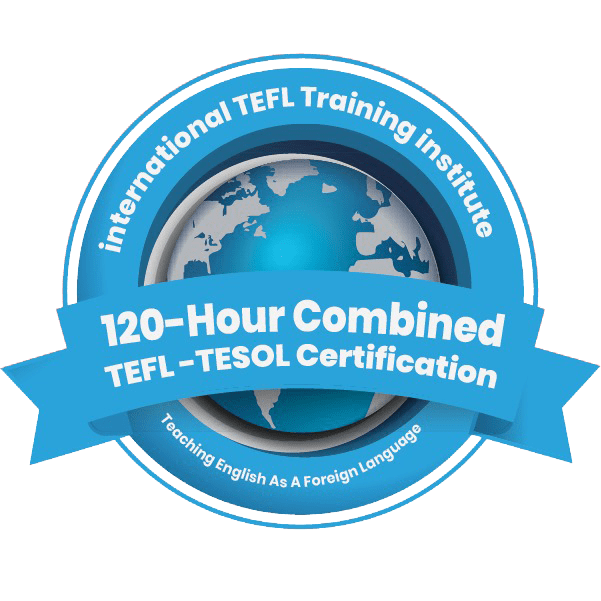 Enroll me
ENROLL ME 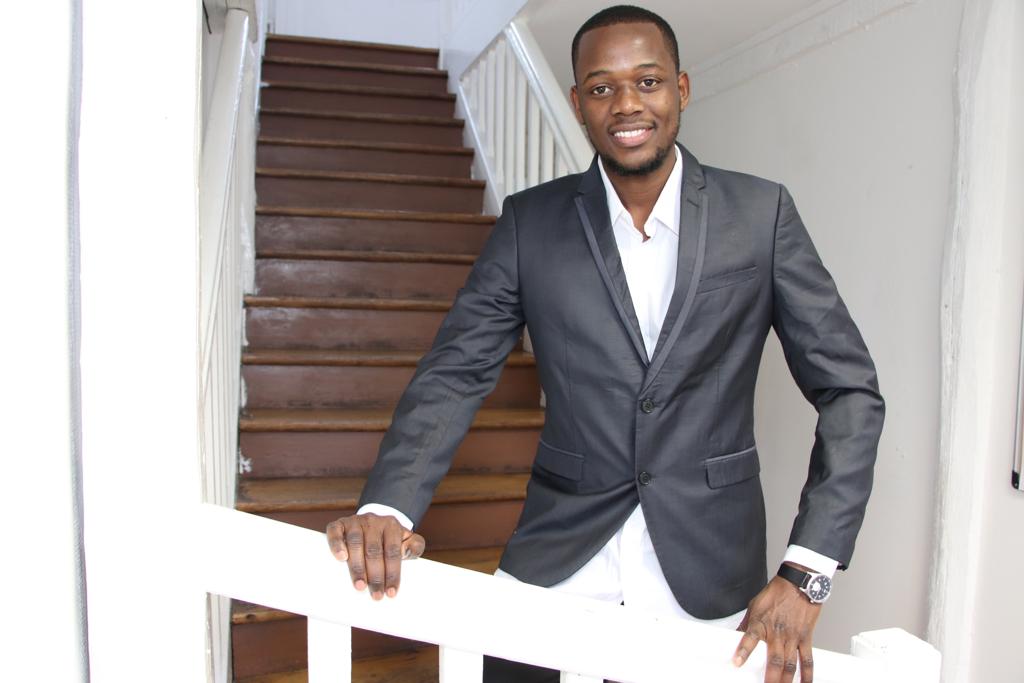 Abdoulaye Bocar Lom was born in Thilogne, Sénégal, in 1991. He completed school up to the BAC there. During those years of schooling, Abdoulaye demonstrated an excellent attitude towards learning and his extraordinary sense of community by continuously helping others to progress. He became chairman of the English Club of Thilogne High School and later the college in the same town. He was awarded for his academic achievements and his support of other students throughout his school years in Sénégal several times. After obtaining the BAC, Abdoulaye moved to France to continue his university studies at the Sorbonne in Paris. He graduated with a master’s degree in Translation Studies and Intercultural Strategies. His years of higher education were enriched by contributions and intercultural encounters with a civic and associative commitment recognized both in France and in Senegal. Abdoulaye became a resource person for all young Senegalese students who wanted to continue their studies in France. He held the position of Vice-President of the Association of Students of Thilogne de la Diaspora (Aseet Diaspora) and is Deputy Secretary of TAD France, a developmental organization concerned with the improvement of education in Thilogne, Sénégal. Furthermore, he assumed the role of a founder and President of the National Association of Former Civic Service Volunteers.

How to apply for a TESOL course

To begin the admission process for iTTi Sénégal, you must first choose your starting date, complete the online application form, and pay a deposit of USD $500.

An iTTi Enrollment Counselor will then contact you with instructions on how to complete the required English proficiency assessment test. If you are not a native speaker. You must obtain a B2/C1 level. A certificate will be provided by the iTTi School of English.

Once you are notified of your acceptance to iTTi Sénégal, your remaining tuition balance is due 30 days prior to your course starting date.

Facebook-f
Instagram
Youtube
Twitter
QUALITY IS OUR FIRST PRIORITY International TEFL Training Institute is an internationally accredited TEFL certification course provider. No matter which program you select, you can be assured of its quality. If you would like to learn more about our accreditation, please check our accreditation page.