GETTING THE BEST TEFL VACATION IN DUBAI

Stunning beaches. Amazing architecture. Year-round warm temperatures. Dubai seems to be the perfect combination for a TEFL program and a vacation destination. As a first-time visitor, you should know some of the laws in Dubai to make sure you don’t get in trouble with the police or the country yourself. Dubai is famous for hefty fines. Do you hang your wet towels and clothes out to dry on the balcony on vacation? It’s a normal habit for us, but it’s one that’s forbidden in Dubai. According to Emirates247.com, doing so could affect the beauty of the city and potentially create a fire hazard. Also, no satellite dishes or rubbish can be on the balconies, either. Ignore this, and a fine of up to $400 could be yours. Are you planning on using a rental car in Dubai? If it’s been a while since you took your car through a car wash, this is something to avoid in Dubai. Parking your dirty car in a public place could result in a fine of nearly $140. And being stubborn won’t pay off in this situation. Authorities will impound your car if you don’t pay. It’s as simple as that.Picture the scene: you approach your car in Dubai and realize it’s much dirtier than the other cars on the street. You spot a hose in a nearby garage and consider heading over there to give your car a quick clean. Think again! UAE law means that vehicle owners cannot clean their own cars in public. Instead, they must go to a licensed car wash with accredited workers. Well, at least you don’t have to do the chore yourself!Do you like filming the sights or taking a lot of pictures when you’re on travel? Think twice before hitting that record button if you’re in Dubai. In 2013, the authorities jailed and later released an American man who created a satiric video about youth culture in the city. And another individual was arrested in the same year after sharing a clip he’d captured in which a member of the government could be seen getting violent with a motorist.A curious no-no in Dubai and many other Arabic countries is displaying the soles of your footwear. Shoes are considered dirty. Who knows where they’ve been, right? And you should always take them off when going indoors, too! Unless you’re at the mall, of course. We think you’ll be okay there.Are you used to eating and drinking anytime and anywhere from your country? After walking around in Dubai on a hot day, the metro may seem like the perfect place for you to rest your legs and take a sip of your water. Well, don’t. According to The Culture Trip, consuming food or beverages on public transportation could cost you nearly $40 in fines. That’s one way to keep public transportation clean! Are you holding your sandwich with your right or left hand? If the Dubai authorities spot you eating with your left hand, you may well be punished for it. It sounds unusually strict, doesn’t it? But there is a logic behind it. The left hand is seen as being dirty in Arab culture because people are meant to use it to wipe themselves in the bathroom. So, practice eating with your right hand. Do as Dubai citizens do.   While visiting Dubai, you might feel the urge to fit in by walking around in the local dress. According to The Culture Trip, you really shouldn’t. It’s seen as disrespectful for foreigners to wear such clothes. The only time you can do it is when you’re invited by an Emirati to do so – such as on a desert safari.
Those were some of the rules that are different from the ones in Western Societies. Check back with us to read more of these rules.
If Dubai is on your wish list as a TEFL destination, please
CONTACT US
CONTACT US
We can get you TEFL certified in our school in Dubai and assist you in getting some interview appointments in schools over there. You may have heard that Dubai rewards English teachers the most. As our staff in Dubai consists of Dubai citizens, they will be the most experienced in helping you identify your prospective school. We hope you will give Dubai its well-deserved chance. You will be glad you did. See you there.
Share on facebook
Facebook
Share on google
Google+
Share on twitter
Twitter
Share on linkedin
LinkedIn
Share on pinterest
Pinterest 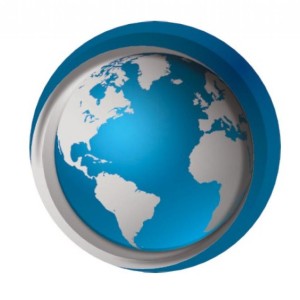 Facebook-f
Instagram
Youtube
Twitter
QUALITY IS OUR FIRST PRIORITY International TEFL Training Institute is an internationally accredited TEFL certification course provider. No matter which program you select, you can be assured of its quality. If you would like to learn more about our accreditation, please check our accreditation page.